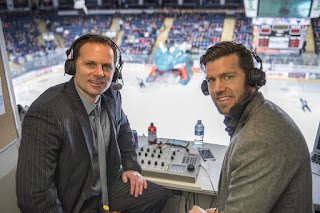 
KELOWNA (June 29, 2016) – AM 1150 is bolstering its sports lineup as the station announced today a three-year renewal of its exclusive agreement with the Western Hockey League’s (WHL) Kelowna Rockets, which sees AM 1150 provide exclusive, live coverage of all Rockets’ regular season and playoff games through to the 2018/19 season. Voiced by AM 1150 veteran sportscaster Regan Bartel, who marks his 17th season as the “Voice of the Rockets”, games will be heard over-the-air on AM 1150 in the Kelowna area and online at www.am1150.ca.

“I’m honoured to bring the game to life for our listeners with front row, play-by-play coverage,” said Bartel. “The Kelowna Rockets are a vital part of this community, and we are proud to bring quality coverage of hometown junior hockey to our listeners.”

“We are delighted to continue our great relationship with the Kelowna Rockets, and we look forward to sharing the excitement of Rockets’ hockey with our listeners and clients through 2019,” said Ken Kilcullen, General Manager, B.C. Interior, Bell Media.

“The Rockets are excited to continue our longstanding partnership with AM 1150, and look forward to expanding our business relationship with Bell Media Kelowna over the next three seasons,” said Gavin Hamilton, Vice-President Business Development, the Kelowna Rockets Hockey Club.

AM 1150 also serves up robust daily reports and up-to-the-minute coverage of on-and off-the-field activities of the Kelowna Rockets. Joining Bartel during all Kelowna Rockets’ broadcasts is colour commentator Kent Simpson, offering enriched insight, expertise, and analysis into the game of hockey. The Kelowna Rockets broadcasts join an impressive sports line-up that includes the Vancouver Canucks, BC Lions, Okanagan Sun and Toronto Blue Jays.