Schenn redefining his game at 29!


To say it was a turbulent season for Luke Schenn would be an understatement.

The former Kelowna Rockets defenceman was playing in the minors before finally being traded to the Vancouver Canucks.

It was a tough pill to swallow for the 12 year veteran, who had to redefine his game.

"Fifteen or twenty years ago there were tons of stay at home, physical defenceman chipping the puck off the glass and taking care of things in front of the net.  But now you need to find way of being more efficient moving the puck."

That included work both on the ice and in the video room with former NHL'er Adam Oates.

"I definitely want to get the chance hopefully. I've never had the chance of getting out of the first round of the NHL playoffs. If you would have told me in January and February when I was in the minors that the first place team in the league, the Tampa Bay Lightning, would be calling me,  it would be tough to believe. I am grateful for this opportunity", Schenn added.

Severson itching to get back at it 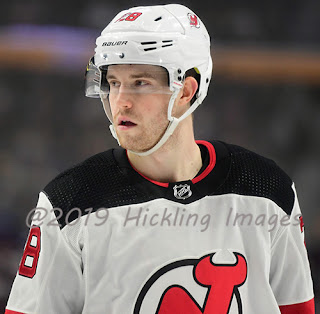 It may be early July, but Damon Severson is already preparing for the start of the NHL season.
The New Jersey Devils defenceman, who makes Kelowna his off-season home, says his team should be better with the recent acquisition of PK Subban.
"I think it is exciting for us to add that flavour to our dressing room. I think, on the ice, his play speaks for itself. It is more of will he be able to mesh with us off the ice. It should be just fine".
Severson is coming off a season where he collected a career high 39 points.
"This is the third year I have been out here (Kelowna) for summer time. I can't complain one bit. It is beautiful. Everyone is friendly. Good people. Obviously, I played here with the Rockets so I know the area well. I can't see myself livng anywhere else in the world', Severson added.
The 24 year-old was born in Brandon, Manitoba, grew up in Melville, Saskatchewan, but trains in the Okanagan with fellow NHL colleagues Brayden and Luke Schenn. 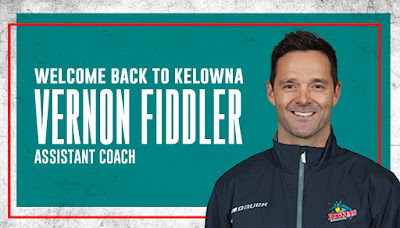 A former player of the Kelowna Rockets in the late 90's, the 39 year-old has been hired as an assistant coach.

"I have been through the trenches. I am looking forward to getting on the ice and developing their skills".

Fiddler played close to 900 games in the NHL before retiring in 2017.

"I am going to be a guy that expects a lot and I hope the players expect a lot out of me".

Fiddler will work primarily with the forwards while assistant coach Kris Mallette will again provide wisdom to the d-core.

"I have played against Adam Foote. We have had many verbal disagreements on the ice. Our coaching staff is going to expect nothing but a full commitment from our team and I am just looking forward to working with those two guys and get this team rolling in the right direction."

Fiddler spent this past winter in Dallas working with the Stars top prospects.

The move should be an easy one for the likable Fiddler, who already owns a home in Kelowna that he and his wife, son and daughter will easily move into.
on July 03, 2019 No comments: