My interview with 'Rod the Bod'

Here is the conversation I had with Rod Brind'Amour at Friday's BC Hockey Hall of Fame Induction ceremony in Penticton.
on July 31, 2012 No comments:

It isn't often that you meet an athlete, or an ex-athlete and come away so impressed. My talk with Scott Niedermayer Friday night at the BC Hockey Hall of Fame banquet in Penticton was one of those times.
Take a listen.
on July 30, 2012 No comments: 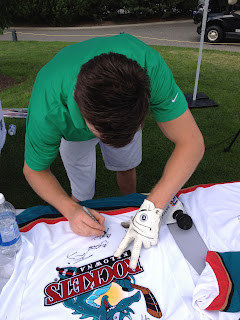 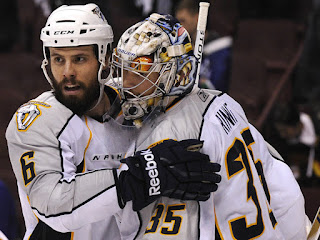 The Kelowna Rockets alumnus got a whole lot richer this week when he signed an offer sheet with the Philadelphia Flyers (14 years) at 110 million dollars.
This comes on the heels of an arbitrator awarding the Sicamous resident 7.5 million dollars last summer after the Nashville Predators forced their captain into a very uncomfortable situation.
The fact that Weber signed an offer sheet with the Flyers, that the Predators can match, isn't a surprise.
It was a slap on his face by the organization when they sent the NHL All-Star to arbitration and the team had egg on their face when Weber was given the largest arbitration award in league history.
Weber's signing with Philadelphia is a clear sign that he wants out of Nashville and is tired of the rebuilding process in 'The Music City'.
With Ryan Suter's departure to Minnesota, it is clear that Weber wants to win a Stanley Cup, and the best way of doing that is by leaving the Predators and playing with a Flyers team that is young but talented.
Will the Predators match the Flyers offer keeping Weber in Nashville long term?
As Weber's agent said earlier this week, you don't sign an offer sheet if you are not interested in playing for that organization.
Weber's heart is no longer in Nashville. He won't say it but agent Jarrett Bousquet has spelled it out.
As competitive as they come, the former Kelowna Rockets defenceman wants to win hockey's ultimate prize. By signing long term in Nashville, his chances of accomplishing that goal diminish greatly.
on July 20, 2012 8 comments: 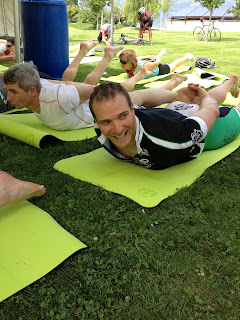 The cyclists have arrived in Kelowna for the second annual RBC Granfondo.

Close to 700 riders will participate in the 122 kilometre course.

One of the riders this year is former BC Lion defensive end Brent Johnson.

Johnson admits being 6 foot 2 and weighing 265 pounds makes it hard to be on a bike for a long period of time.

"The flats are great. Going down hill is not a problem. It is the little buck fifty guys that fly by you on any sort of climb, it doesn't matter what the elevation is. I am always pulling a little more weight than most people."

Johnson retired last season from the Lions after winning the Grey Cup.
on July 13, 2012 3 comments:

Alomar makes his way to Kelowna 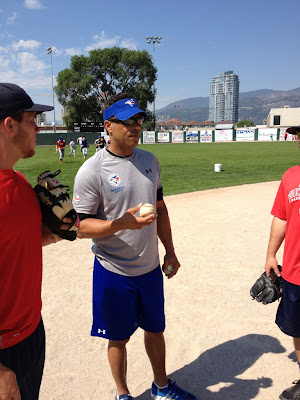 In fact, it has never happened.

Major League Baseball Hall of Famer Roberto Alomar is spending the next three days in the Okanagan.

What does the 44 year-old think of Okanagan weather?

"It reminds me of Puerto Rico.  It is the same weather. I love the the warm weather.  I grew up in it.  I couldn't enjoy it more."

Alomar is joined at the camp by Lloyd Moseby and Rance Mulliniks.

The camp concludes Wednesday before moving to Vancouver in one of 14 stops across Canada.
on July 09, 2012 No comments: 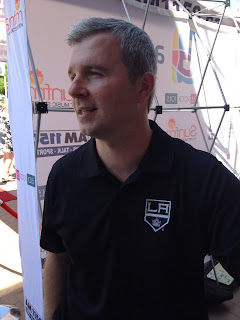 Kim Dillabaugh brought the Stanley Cup to Kelowna on Sunday. The LA Kings goaltending coach had the 'Cup' at Prospera Place where over a thousand hockey fans waited in 37 degree heat to get their picture with Hockey's holy grail. 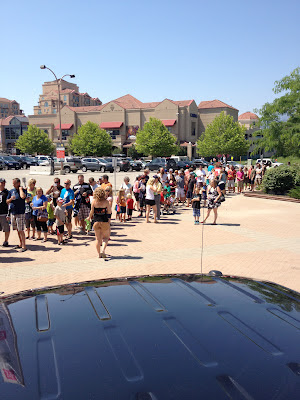 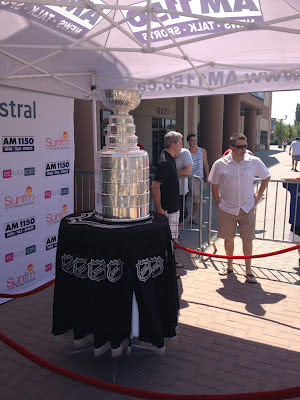 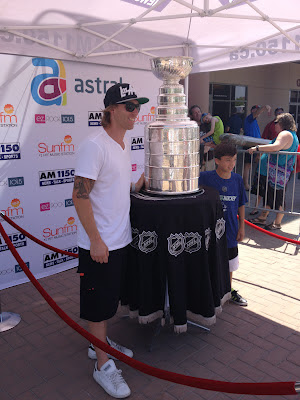