Last November, Clayton Barthel knew his hockey career was in jeopardy.
Playing in the Central Hockey League with the Arizona Sundogs, the now 25 year-old, was limited to just eight regular season games after suffering his third concussion.
Most players are able to bounce back after suffering a knock to the head, but few manage to return to the ice with any normalcy after a series of concussions.
Barthel falls into that category.
A third round draft pick of the Washington Capitals in 2004, Barthel told me at the Rockets alumni golf tournament earlier this month that he is weighing his options.
A firefighting career or dabbling in coaching are two paths the soft spoken d-man is considering.
Barthel spent one season with the Rockets in 2006-2007 after being acquired in a trade with Seattle for 20 year-old goaltender Derek Yeomans. 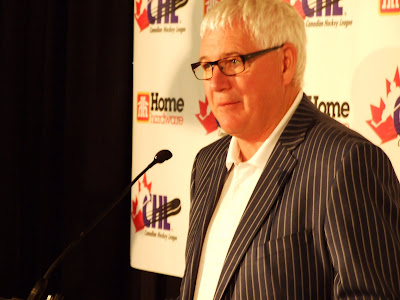 The CHL Top Prospects game is coming back to the west. Rockets GM Bruce Hamilton made it official this morning. The top 40 eligible players for the 2012 NHL draft will compete over two days at Kelowna's Prospera Place in the 17th annual showcase. A skills competition is planned for January 31st with the game itself on February 1st. It marks the first time the game has been played in BC since 2005, when the Vancouver Giants hosted it. The game was hosted by Edmonton in 2008. Here are a few notes from today's press conference.
on July 27, 2011 4 comments: 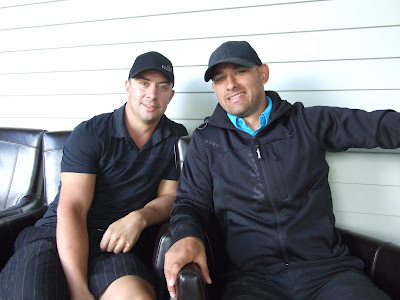 The Kelowna Rockets alumni weekend swung into high gear Thursday afternoon with the teams 11th annual golf tournament. Players like Josh Gorges and Carson Germyn (above) joined the likes of Shea Weber and Luke Schenn along with close to 30 former and current players for a Texas Scramble golf tournament at the Harvest Golf and Country Club.
I had the pleasure of golfing with current Rockets assistant coach Dan Lambert and public relations coordinator Kevin Parnell. Astral sales guru Peter Angle completed our foursome. 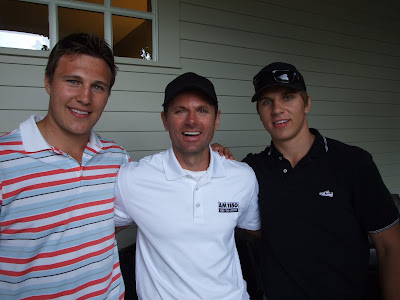 The part I enjoy most about the alumni golf tournament is rubbing shoulders with former Rockets players. In this case, Toronto Maple Leafs d-man Luke Schenn and his younger brother Brayden pose with me for a pic. 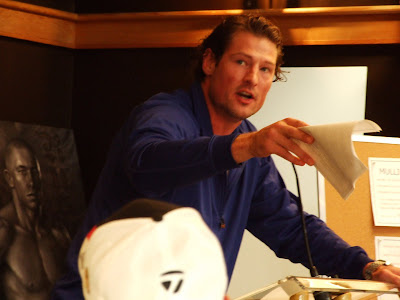 One of my personal highlites was watching former Rockets d-man Nolan Yonkman provide some comic relief while playing the role of auctioneer at the banquet afterwards.