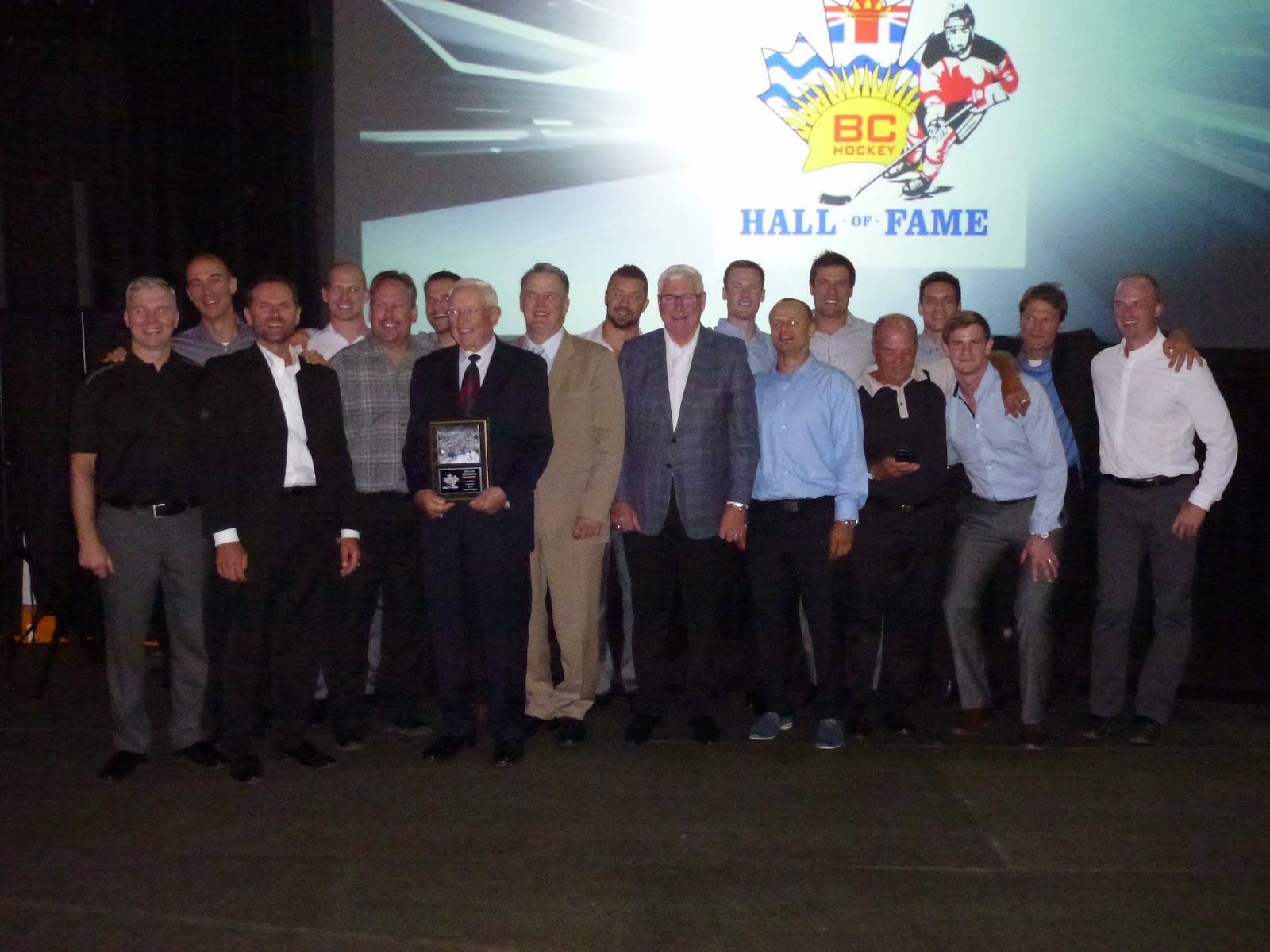 Where are they now - Brent Howarth 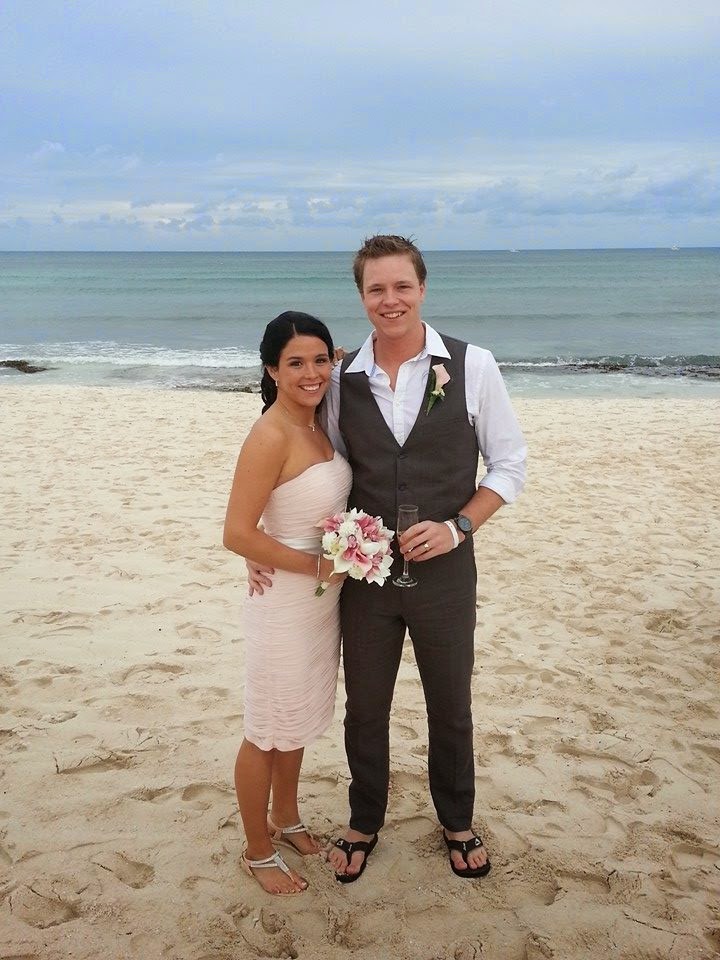 Brent Howarth was one of nine, 1986 born players on the Kelowna Rockets roster in 2003-2004.
A 9th round bantam draft pick in 2001, the Selkirk Manitoba product was in the same draft class as Tyler Spurgeon (1st rd), Blake Comeau (2nd rd), and Mike Card (4th rd). What a draft!!
Howarth played three seasons with the Rockets before playing his 20 year-old year with the Selkirk Steelers where he scored 49 goals in 2006-07.
No longer playing the game, Howarth is living in Selkirk, married to his high school girlfriend Jodi. Howarth is a locomotive engineer at CN Rail.
on July 24, 2014 No comments:

Where are they now - DJ King 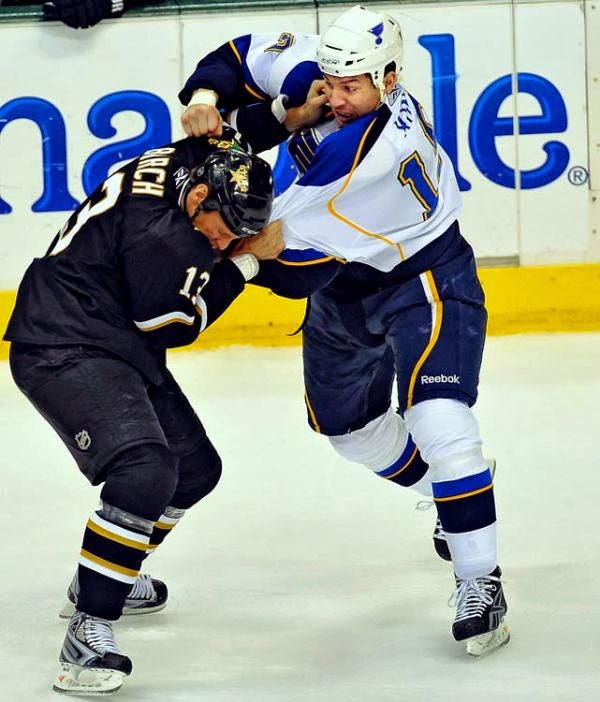 Kelowna Rockets General Manager Bruce Hamilton believed his team needed an enforcer to 'keep the flies off' his skilled players if they wanted to seriously challenge for a Memorial Cup championship in 2004.
Insert 19 year-old DJ King in a trade with the Lethbridge Hurricanes that season.
'Kinger' could intimidate. The Meadow Lake, Saskatchewan product could fight and most importantly he could skate good enough to keep up with his line mates.
King would drop the gloves eight times in 28 regular season games with the Rockets, squaring off with Kamloops Blazers enforcer Cam McCaffrey three times. His most memorable scrap was a heavyweight tilt with Seattle's Zack Fitzgerald at the Key Arena in his Rockets debut on January 10, 2004. Oh ya, he also fought at the Memorial Cup. Remember this?

The now 30 year-old would go on to play in 118 games at the NHL level with St. Louis and Washington. King was originally drafted in the 6th round in 2002 by the Blues.
What is King up to now? After retiring following the 2012-2013 season,  DJ tells me after taking a year off he is now the co-owner of Tawaw Cabins (Waterhen Lake) near Meadow Lake.
The older brother of Dwight King of the LA Kings, DJ will become a first time father in August when his wife Chantal gives birth.
on July 23, 2014 No comments: 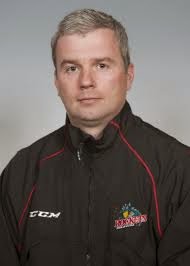 Kim Dillabaugh was like a good mechanic.
If the Kelowna Rockets had a goaltending problem, he was there to fix it.
Over 11 seasons, Dillabaugh quietly went about his way.
The soft spoken Duncan, BC resident wouldn't overhaul what a goalie prospect brought to camp, but like a good technician (they are called technicians not mechanics right?), he tweaked in an effort to make them better.
Dillabaugh first worked with Kelly Guard in 2002-2003. Guard is a Memorial Cup champion. 'Dilly', as he is known around the Rockets dressing room, also worked closely with Derek Yeomans, Kristofer Westblom, Torrie Jung, Adam Brown and most recently CHL Goaltender of the Year Jordon Cooke to name a few.
Dillabaugh made those players better. He made the rest of the coaching staff better.
He listened to the goalies. He worked as much on the mental side of their game than the physical side. He was always in their corner. I would often speak with 'Dilly' about the teams goaltending, specifically when things weren't going well, which by the way was a rarity. Almost every single time, Dillabaugh defended the player and the position he knows best.
You knew the marriage between Dillabaugh and the Rockets wouldn't last long though. Dillabaugh was having too much success helping LA Kings prospects Jonathon Quick and Martin Jones with their game.
The Kings took notice and finally offered him an expanded role with the NHL team. Had they not, Dillabaugh would have been picked up by another team. He is just that good.
On the surface, many fans won't see the loss of Dillabaugh as significant. Trust me, when it comes to the most important position on the ice - goaltending - the Rockets couldn't have had a better person in place.
It is safe to say the new goaltending coach, whoever he may be, will have massive shoes to fill with the departure of Dillabaugh.
I wish 'Dilly' all the best!
on July 22, 2014 No comments:

Where are they now - Kevin Reinholt 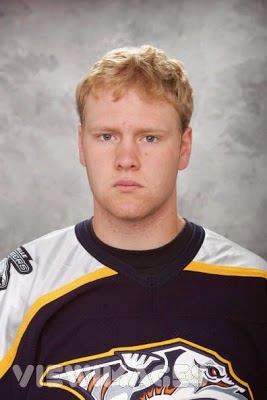 During the 2003-2004 Memorial Cup winning season, the Kelowna Rockets iced a team with three 16 year-old's. Kevin Reinholt (pictured right) was joined by Kyle Cumiskey and Brent Howarth.
Reinholt was the Rockets first round pick from the 2002 WHL bantam draft. Call it bad timing, but Reinholt entered his rookie season in the WHL playing on a solid d-core that included the likes of Josh Gorges, Shea Weber, Brett Palin, Mike Card and Darren Deschamps.
Reinholt would play just 32 games that season and none in the playoffs or the Memorial Cup. The lack of playing time that year may have stunted his growth as a player.
The Toefield Alberta product would win a Memorial Cup title in his first of three seasons with the Rockets before eventually being traded to the Calgary Hitmen in the 2006-07 season.
Now 27, Reinholt is living in Sherwood Park, Alberta where he is a project manager in the construction industry. Reinholt is due to marry his fiance Anna on September 27th. While no longer playing the game of hockey, Reinholt tells me he plays competitive softball and big game hunts in his spare time.
on July 21, 2014 No comments:

Where are they now - Chris Ray

The Kelowna Rockets 2003-2004 Memorial Cup championship team will be inducted into the BC Hockey Hall of Fame this Friday. I thought it would be interesting this week to look at where some of the players that season are now hanging their hats.
Let's look back at forward Chris Ray, who was a fresh face on the Rockets roster that season.
What a rookie season for Chris Ray. In 2003-2004, the West Kelowna product was playing for his home town team as a 17 year-old.
Ray would play in 54 games that season collecting just five goals. Despite the modest totals, Ray would play four full seasons with the Rockets including the 2006-2007 campaign when he was named the team captain.
Following his WHL career, the well spoken forward would spend five years at the University of Waterloo.
What is Chris Ray up to now? The 28 year-old is a father of a three year old boy (London) and a 15 month old daughter (Matilda).
Ray works in Vernon but lives in Kelowna as an Environmental Scientist.
on July 20, 2014 No comments:

All aboard! Rockets bus heading to induction ceremony

Are you excited about joining the Rockets?

"I think joining the Kelowna Rockets is so beneficial for my development to ultimately get to where I want to be, like every coach, to the NHL".

This is something you really wanted to do, be behind the Rockets bench as a coach?

"I have had conversations with other teams. I have always put my name out to let people know that I am interested. I am a Western Hockey League guy through and through. This is where I want to be. Kelowna is my home. The Rockets are my team. I bleed Rockets colours."

How about working with Dan Lambert?

"We are both honest, brutally honest I think. If we have something on our mind we are going to speak it. It should be a very, very good friendship and I am thrilled to learn from a coach that won't be in this league very long".

How about the defensive core you will be overseeing?
"The ground work that has been laid is fantastic. I am going to tweak but this is a special group. I am looking forward to it".
on July 04, 2014 No comments: 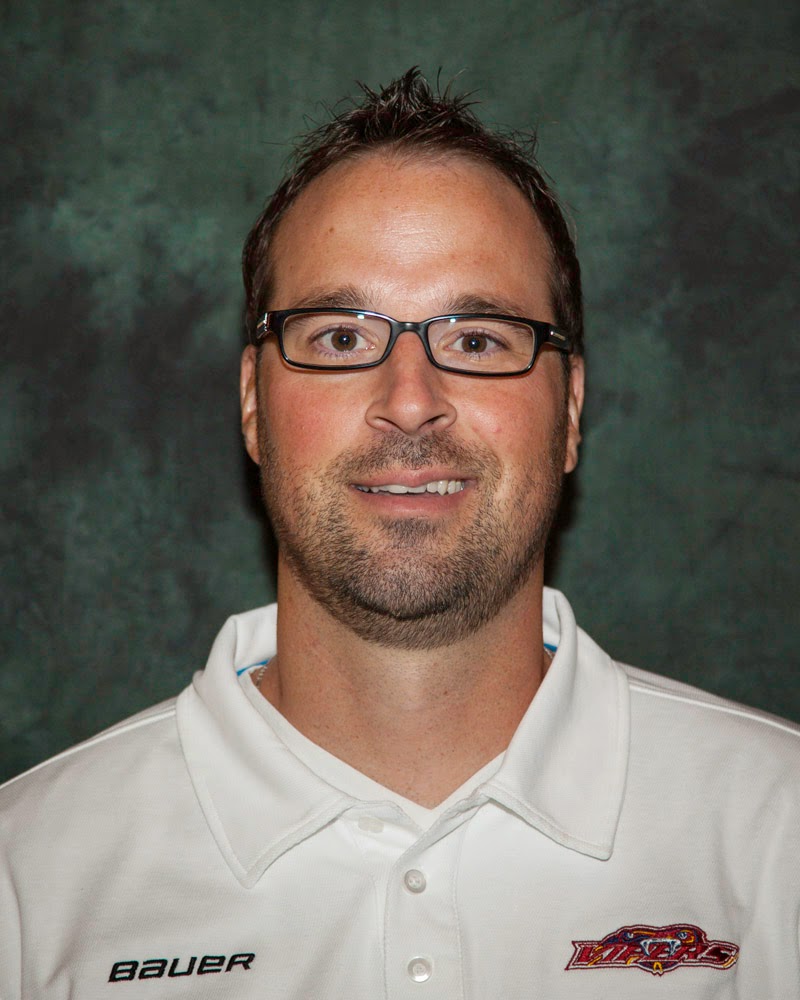 The Kelowna Rockets have hired a former player as Dan Lambert's assistant coach.

Kris Mallette (Ma-let) will be behind the bench running the teams defensive core when the 2014-2015 season begins.

The 35 year-old played parts of three seasons with the Rockets from 1996 until 1999 before being traded to the Moose Jaw Warriors.

Mallette was a third round pick of the Philadelphia Flyers in 1997.

Mallette was most recently an associate coach with the BCHL's Vernon Vipers.