Despite turning 35 in August, don't think for a minute that Brett McLean is ready to retire.

McLean told me he will return for another season in the Swiss elite league next season.

It will mark McLean's third season in Europe after playing 385 games in the NHL.

McLean played four seasons with the Kelowna Rockets including his rookie campaign with the Tacoma Rockets in 1994. 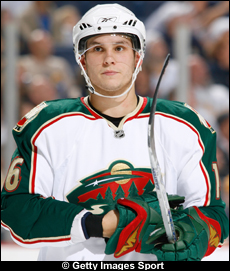 It's been 10 years!
Ten years since the Kelowna Rockets made their first ever appearance at the Memorial Cup.
The venue was the Colisée Pepsi in Quebec City, the site of the 2003 event. It  featured the WHL champion Kelowna Rockets, the Quebec Remparts, Kitchener Rangers and Hull Olympiques.
The Rockets represented the WHL after a six game series win over the Red Deer Rebels.
That season the WHL champions were led by 20 year-old Jesse Schultz (pictured right), a 53 goal man during the regular season who was an impact player in the post season (12 goals - 16 assists = 28 points in 19 playoff games) where he was named MVP.
The Rockets roster also included Josh Gorges, Shea Weber, Cam Paddock, Mike Card, Duncan Keith and Blake Comeau.
That's right, seven players (Schultz included) from the 2003 team would see time in the NHL. They were that good.
The eventual Memorial Cup champions that season, the Kitchener Rangers, had the likes of NHL'er Mike Richards, Derek Roy and Steve Eminger.
The Rockets would win just one game at the Cup, a 3-2 victory over the host Quebec Remparts. Despite the 1 and 2 record in the round-robin, the Rockets advanced to the semi finals where they would lose 2-1 to the Hull Olympiques. Kitchener would beat Hull 6-3 a day later in the championship game.
As disappointed as the Rockets were to leave the 2003 Memorial Cup in Quebec City empty handed, who would have thought that only a season later they would win the title in front of the hometown crowd before making a third consecutive appearance, this time in London Ontario, in 2005.
The stop in Quebec City was a sign of things to come. 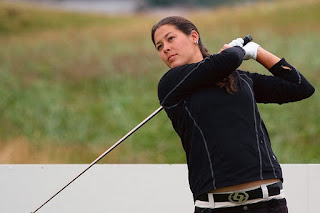 Kelowna golfer Samantha Richdale is the winner of a CN Canadian Women's Tour event in Tsawwassen.

Richdale shot a final round 73 today, winning the event by four strokes. 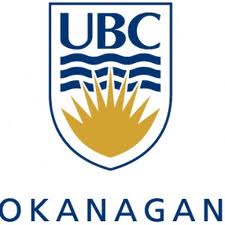 When UBC Okanagan opened its doors to students in 2005, one of their goals was  to compete against the best in Canadian university sports.

The university was granted full membership status in Canada West athletics allowing them to compete in basketball, volleyball and now soccer in 2014.

"Now we can go to those student athletes and say, this is a realistic option for you in men's and women's soccer, volleyball and basketball. That is attractive to a lot of people".

Johnson says UBC Okanagan is also interested in competing in Canada West football down the road.

Hamilton's season is over 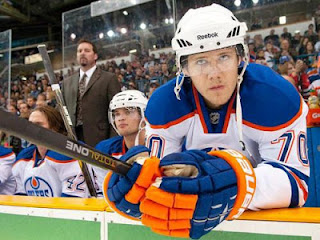 The hockey season is over for Kelowna resident Curtis Hamilton.

The second round pick of the Edmonton Oilers in 2010 spent this season with the  American Hockey League's Oklahama City Barons.

Next season is Hamilton's final year of an entry level contract.
on May 07, 2013 No comments: 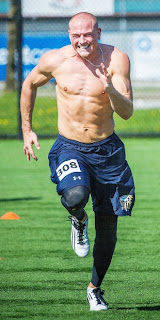 A special day for an Okanagan football player.

Vernon resident Matt Walker was drafted by the BC Lions.

The 21 year-old will compete for a spot on the Lions as a defensive back, a position he started playing after a brief stint two years ago with the Okanagan Sun.

'There starting safety got injured so it was a predicament that they said hey, do you want to try this for a practice or two just to help out.  I tried it out and haven't looked back ever since."

Walker attended the Lions spring training camp last month and did enough to convince the Lions to draft him.

Last season, Walker, played with the UBC Thunderbirds.
on May 06, 2013 No comments: 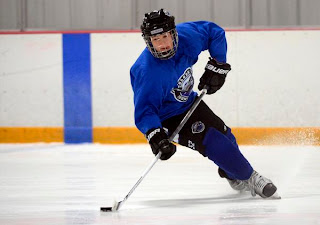 Lyon Messier, Tyson Barrie, Adam Brown and J.T Barnett. You can now add to that list Cal Foote. Who is Cal Foote?
The 14 year-old was selected by the Kelowna Rockets in the second round of Thursday's WHL bantam draft.
What does the Denver, Colorado resident have in common with the players mentioned above? All five have prominent fathers that have connections to the NHL and four of the five at one time wore Kelowna Rockets colours.
Lyon Messier is Mark Messier's son. Lyon spent a small amount of time with the Rockets during the 2007-2008 season. Tyson Barrie is the son of former Tampa Bay Lightning owner Len Barrie. Adam Brown is the son of Vancouver Canucks assistant coach Newell Brown. J.T Barnett is the son of former Wayne Gretzky agent Mike Barnett. Cal Foote is the son of former NHL d-man Adam Foote. Foote (pictured) is apparently interested in playing in the WHL rather than going the NCAA route, which many, but not all American born players tend to do. If Cal (Callun is his whole name) is even half the player his dad (Adam) was, the Rockets made a nice pick in the second round.