Three in three takes its toll

Baillie is a pain in the neck while Whistle has one 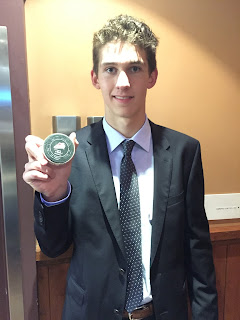 No easy wins this season

Bring on the regular season!!!

Tonight’s Preview: The Rockets organization opens their 25th season in the Western Hockey League tonight when they welcome the visiting Kamloops Blazers. Before tonight’s game, the team will raise a Western Hockey League championship banner to the rafters at Prospera Place after eliminating the Brandon Wheat Kings in four games in last season’s league final. This is the fourth straight season the Rockets have opened at home against the Blazers. Back on September 20, 2014 the Rockets earned a 6-1 win before a crowd of 5 thousand 325. Tyson Baillie and Kris Schmidli each had a goal and two assists in the win. This is the first of eight meetings between these two teams this season. They renew acquaintances tomorrow night at the newly named Sandman Centre. Last season the Rockets were 9-1-0-0 against their BC Division rivals, who along with the Vancouver Giants, failed to make the playoffs in 2014-2015. The Rockets have a busy weekend ahead of them with three games in three nights. The Rockets are in Kamloops tomorrow before facing the Giants in Vancouver Sunday. The defending WHL champions play eight of their first 11 games on the road.

New Kids on the Block: The Kelowna Rockets named 34 year-old Brad Ralph as the head coach on August fourth. Ralph took over from Dan Lambert, who resigned at seasons end to take an assistant coaching position with the NHL’s Buffalo Sabres. Ralph is the ninth head coach in Rockets franchise history after leaving the Idaho Steelheads after three seasons in the ECHL. On defense, the team welcomes 16 year-old Cal Foote, the son of former NHL’er Adam Foote. Foote was the team’s second round bantam pick in 2013 and his younger brother Nolan was the Rockets second round pick in this past May’s draft. The Rockets selected 18 year-old Swiss forward Calvin Turkauf in this summer’s CHL Import draft.  Other new faces include rookies Danny Gatenby (Joe’s younger brother) and 18 year-old Gordie Ballhorn, who played last season with the AJHL’s Whitecourt Wolverines.

Significant off-season losses: Winning a WHL title with an older team means the hockey club lost seven players and a coach following an appearance in the Memorial Cup final in Quebec City. Moving on to pro hockey are Leon Draisaitl, Josh Morrissey, Cole Martin, Chance Braid, Tyrell Goulbourne and Captain Madison Bowey. Defenceman Mitch Wheaton was traded to the Saskatoon Blades in the off season and head coach Dan Lambert resigned July 6th to take a job in the NHL.

My memory is good, just short: For a third straight season the Rockets won 50+ games. With a record of 53-13-5-1, the team accumulated 112 points, two fewer than the regular season champion Brandon Wheat Kings. The Rockets won 26 times on home ice and a league high 27 times on the road. The Rockets were one of only two teams to score 300 or more goals (305) with Brandon leading the way with 340. Lost in the team’s successes last season was allowing a league low 183 goals against. Everett was next at 199. The team eliminated Tri City in round one, Victoria in round two and Portland in the Western Conference final. They quickly dispatched Brandon in the WHL final in four games.

Is a repeat in the cards? The Rockets return their top three point producers from last season. Nick Merkley (90 pts), Rourke Chartier (82 pts), and Tyson Baillie (76 pts) are all back with the team. Merkley was taken in the first round of this summer’s NHL draft by the Arizona Coyotes while he and fellow teammate Chartier both attended Team Canada’s summer camp for the upcoming World Junior Hockey Championships. Baillie received a free agent tryout with the NHL’s Calgary Flames. Jackson Whistle, who played in 50 regular season games and posted a goals against average of 2.55, is back for his 20 year-old season. Whistle suited up for the Vancouver Canucks for a second consecutive season in the Young Stars Classic in Penticton. The hockey club returns 15 players from last season’s championship squad.
This and That: The Rockets had two players taken in the NHL draft. Nick Merkley was taken in the first round by Arizona. Devante Stephens was chosen in the 5th round by Buffalo…Cole Linaker (Oilers), Tomas Soustal (Flames) and Tyson Baillie (Flames) all received free agent tryouts…Dillon Dube (3+3=6) and Kole Lind (1+5=6) led the team in pre-season scoring…The Rockets were 3-2-0-0 in five games during the pre-season…The CHL Top 10 rankings have the Rockets as the fourth best team in the nation heading into the season. Last year before the puck was dropped the Rockets were ranked fifth….The team’s first ever goal in Kelowna was scored by Brett McLean in the fall of 1995…The Rockets have won the last three home openers against the Blazers. Last season the score was 6-1 and the year prior it was a 5-2 victory…This is the fourth straight season the Rockets open the season against the Blazers…The team plays three games in three nights four times this season but twice in the first two weekends…In the last three seasons, the Rockets have a combined regular season record of 162-40-8-6 in 216 games. Portland is next with a mark of 154-48-5-9 over that same period.
on September 24, 2015 2 comments:

I was honestly taken aback by the number of responses from those interested in joining me in the broadcast booth upon the announced departure last week of colour analyst Gord McGarva.

I am pleased to announcement this morning that Kent Simpson is the new colour commentator on our AM 1150/Kelowna Rockets home broadcasts this season.

The 40 year-old is no stranger to the Western Hockey League or the broadcast booth. After seven seasons as the colour analyst with the Edmonton Oil Kings, Simpson left the Alberta capital last fall for the Okanagan where he joined his brother,Todd, in West Kelowna as a successful realtor.

The North Vancouver resident has a solid hockey resume, having played pro in the ECHL with the Johnstown Chiefs, suiting up for the Canadian National team and playing overseas in Denmark, England and Britain.

I am looking forward to Simpson joining me in his Kelowna Rockets radio debut on opening night (September 25th) against the Kamloops Blazers when the team raises a Western Hockey League banner high into the rafters at Prospera Place.

Winds of change in broadcast booth

In the summer of 2008, I was looking for a colour analyst to join me on our hockey broadcasts on AM 1150. As fate would have it, a school teacher, who

spent a good portion of the winter as an off-ice official in the penalty box at Kelowna Rockets home games, would send a resume expressing interest in joining me in the broadcast booth.That gentleman was Gord McGarva.
I didn't exactly know what I was getting when I invited McGarva for a 'try out' during a pre-season game that fall. I wanted to see if he had any ability to form a sentence and relay what he saw on the ice to the listening public. Sounds easy right? Just try it. Even the most well-spoken individual struggles.
On that fateful night, McGarva was neither good nor bad. He had potential though and was eager to learn. That in itself was enough to convince me that McGarva was the right man for the job heading into the 2008-2009 season.
Call him good luck. In his first year, McGarva had the luxury of seeing the team go all the way to the Western Hockey League final where they would beat the heavily-favoured Calgary Hitmen in six games. To top it off, despite his day job, he managed to join me in the broadcast booth in Rimouski, Quebec for the 2009 Memorial Cup. McGarva was that faithful.
Gord rarely missed a game over seven seasons. Whether ill or just not into broadcasting a game on a week night after a long day as a full time high school teacher, McGarva showed up, didn't complain and always did his best to put on a good product for those listening at the other end of the radio. He travelled with me on the Rockets bus or in a station vehicle to many road games, which even included a playoff stop in Prince George, a place McGarva often vowed he would never visit.
While our friendship has blossomed over the last seven years, two things remained a constant: McGarva has been faithful as a colleague and his love for the Kelowna Rockets, specifically as a fan of the coaches and players, has never waned. He was a homer and I expected nothing less. McGarva was part of the Kelowna Rockets broadcast and always  wanted the 'good guys' to win every time they hit the ice.
Despite seven great seasons, change is inevitable however. 'Gordie', as I called him on the air in celebration after the Rockets overtime win to capture the WHL title in 2009, won't be joining me for the start of the 2015-2016 season. While he will be stepping aside as my regular analyst, McGarva will occasionally make a guest appearance if needed. Now it is time to look for the next 'Gord McGarva'. While the voice will be different, I will look for many of the same qualities that McGarva exhibited in a good colour analyst.
I want to publicly thank 'Gordie' for all he has done for me personally over the years. We had fun on the road. We laughed (sometimes too much) and celebrated many victories including those two league titles in 2009 and again in 2015. That is a pretty good run over that seven year span. Simply, McGarva added immensely to our AM 1150 broadcasts and never subtracted from it.

Thank you, Gord, for making the Kelowna Rockets and me sound better on the radio. It's been a pleasure working with you, my friend!