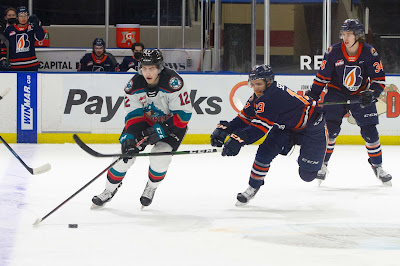 Those lyrics from a John Denver song from 1981.

That tune could have been blaring out of the loudspeakers at Prospera Place last night after a 10-2 drubbing at the hands of the Kamloops Blazers.

On a night when nothing went right, the Blazers exploded for 5 power play goals in the setback, which fortunately had no fans in the stands to witness.

It was the first time in franchise history that the team surrendered 10 goals against on home ice.